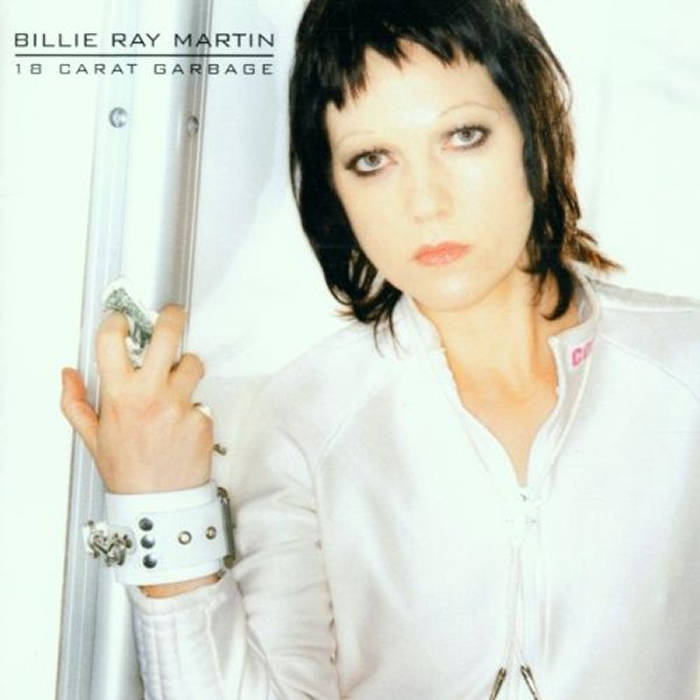 Gareth Barton I like to think of this track as a continuation of Sisters Are Doing It For Themselves when Annie and Aretha walked out the kitchen never to return. Favorite track: Eighteen Carat Garbage (with Ann Peebles).

This album was recorded in Memphis, shortly after I had moved to Hamburg from New York. I met Michael Huber in Hamburg, a friend of a friend, and shared my vision with him of going to Memphis to work with Ann Peebles and the Hi Records guys. Michael immediately agreed to finance the album.
I had been in Memphis before and had met with Ann and the Hi records musician Teenie Hodges, and they had been most kind. Willie Mitchell and James Mitchell too had showed me around the studio and had discussed options with me.
They later told me that, when i first called up from London years prior to us meeting and had asked if they would work with me, and had sent them some music, they though i was black and that i was putting them on when i said I wasn't. They told me that they sat there laughing like crazy, saying: 'She's putting us on, she has to be black.' My memories of the actual time when i recorded the album could fill a small book. Things didn't go quite as planned but took another turn and some different musicians than the ones i originall expected to work with stepped in to lend their magic. Also Carla Thomas showing up to sing for the first time with Ann...for MY album, was a gift that couldn't be greater. Here's more:

Recorded in Memphis with members of Aretha's band, Billie was able to realise her dream of "Memphis meets Deutschland", with experimental electronics added respectfully afterwards by Hamburg's Felix Huber. Most notably apparent on this album is the ease with which Memphis soul influences and electronics blend seamlessly into a flowing whole. Co-producer Felix Huber (Plexiq), was instrumental in making this possible with his radical approach. A timely reminder that Billie Ray Martin has for some years now produced some truly unique and timeless work.

02: 'I wanna sing a song about pride' recreated from the announcement to the song 'Tear It On Down' written by Ashford And Simpson / Jobete Music Co. Inc.

Thank you:
Michael Huber for this album and for putting me back on track,
Felix Huber for everything and the toilet idea and my favourite bit of tacky piano ever on 'Fools'
Frank Heuck,
Ann Peebles and Carla Thomas for the magic and the spirit,
Don Bryant,
Paul Brown,
Marvell Thomas,
everyone at House Of Blues Studios for your help and support,
Ivo at Luna and Joszi at White Noise,
Henry Miles,
Noel Wallace for garbage and dime store novels,
Sean Delaney,
Henrik Lundstrom.

Thank you Elton John and Bernie Taupin for writing songs like Mona Lisas And Mad Hatters
and thank you Caroline Mackendricks for lending your voice, hands and heart on this song.

I thank every person who spends their time and energy working for the welfare and protection of animals. We all owe you for your courage to continually face this impossible situation.

In memory of James Mitchell