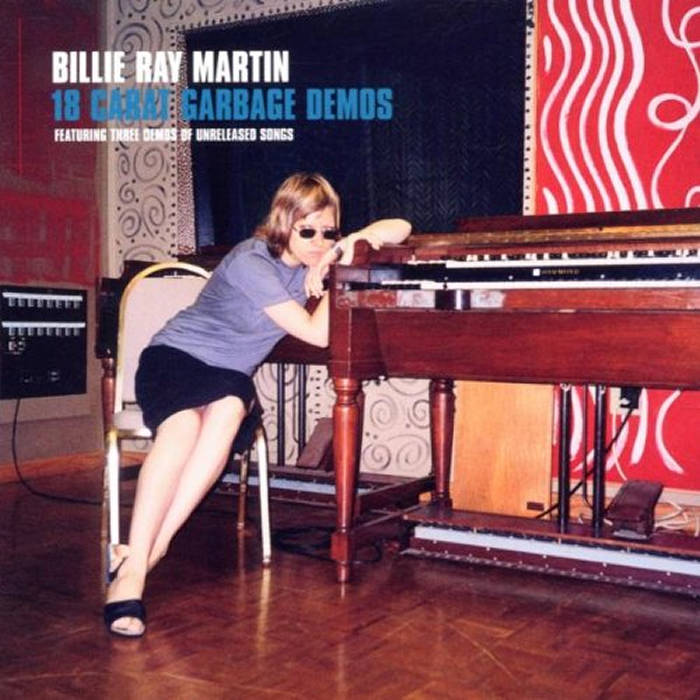 jkaFL I love this demo album because you can hear the 18 carat garbage album from a different angle, with more focus on just Billie's vocal and minus all the electronica elements (which are great, don't get it twisted!) This stuff is pure soul and rhythm and blues that sounds like a final record actually and not just a demo album! Favorite track: Legends That Die.

I love these demos. At the time i complained to Jon Tiven that i didn't like the basic drum programming and on the full-lenght demo vocal of 'Eighteen Carat Garbage' i can be heard at the end: 'I don't liiiike it", which of course ended up on the 'cutting room floor' as they say. Now i love them more than a lot of things I've done. First ever vocal performances of first ever recorded songs are always the best. Period.
The challenge, as is so often the case in this 'business' is the years of waiting until recordings, demos or otherwise, finally see the light of day.
Here's more:
Marvel as old drum machines clonk their way through BRM's original 'Billie goes to Memphis' demos. It has been uttered that these recordings capture her vision in a more immediate manner than the finished 18 Carat Garbage album. They were recorded at various bedroom recording facilities in London and New York, which did not stop one well known British editor-in-chief of an influential magazine to ask the question: did Willie Mitchell produce them?
One should also know that these demos contain the first unrehearsed vocals Billie ever performed of each song: sung shortly after writing was finished. magic! And as an added bonus, it includes 3 tracks recorded as demos for the album, but left off the final version, and only available here!

Recorded at various bedroom recording facilities in Great Britain and the USA.

Billie Ray Martin is a member of MCPS / GEMA / BMI.