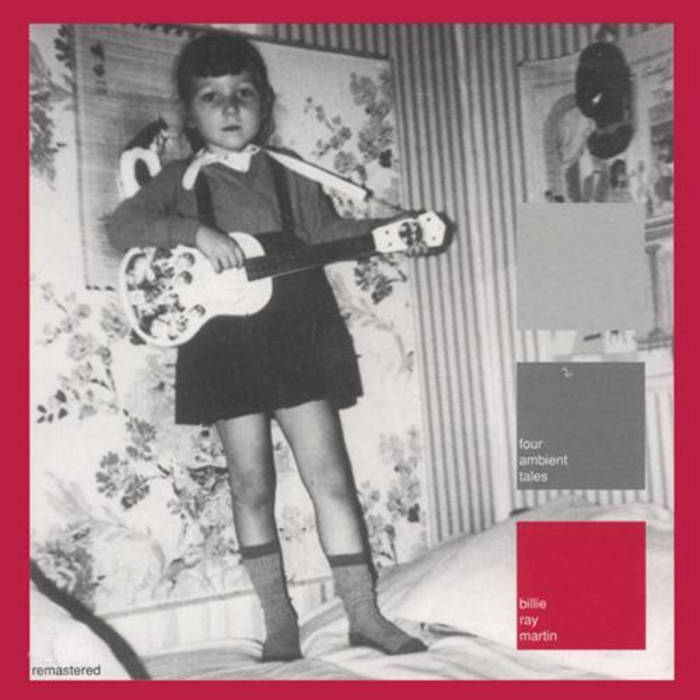 I could write a small book about the making of 'Four Ambient Tales' and the stories behind the songs. So I'll make a start here and give you the 7inch version. After my first band in Berlin, 'Billie and the Deep', who were incredibly successful instantly but didn't last long, me and Franz Stegmann formed a duo called "The Idiot Cards'. We wrote about fourty songs or so in a short space of time. It was the first time i realised i could write lyrics. I had not written many melodies at this point, as Franz gave me the melodies on a cassette with no words, just humming and gibberish. I turned them all into meaningful songs. Franz claimed that i could read his mind; that was how close the words were to what he had envisioned in his mind's eye. We grew incredibly close as a unit and Franz changed his name to Francis Lee Martin, in a kind of 'Carpenters' style attempt to be like brother and sister. We started doing gigs immediately as the demand after Billie and the Deep was huge in Berlin, to see what i was up to with this new band. We found a drummer, bassist and keyboradist and did sucessful shows. People were intrigued and pleased but live we never sparked the crazy enthusiasm that 'The Deep' had sparked. This was to be expected, as The Deep had been an 11 piece soul band, complete with mad 60's choreogrpahy and pure revivalist soul revues...and outfits to match. The Idiot Cards were more like an indie outfit with follky touches. Franz and me recorded songs and demos and met with the owner of Hansa studios who wanted to sign us but it did not happen. My eyes were set on going to the UK eventually. Some of The Idiot Cards' songs were the ones that ended up as 'Four Ambient Tales'. I still have about thirty "Idiot Cards' recordings. I always called them a mix between the Smiths and the Carpenters, Franz and me talked about going to the UK and getting signed by Rough Trade, which was the plan. Then one day Franz told me that his girlfriend had told him that she had a form of terminal cancer and that they were moving to the states to a special clinic for treatment, but that she had revealed to him that she only had six months to live. I was in shock and it felt like my life was destroyed. I had put so much into the project and Franz and me were inseparable as musicians. He told me that his girlfriend had managed to get money from someone in the states and that the money was going to get wired to Hamburg, from where they would take a ship to the states. She had also arranged for Franz to attend an exclusive music conservatory there so he could perfect his guitar skills. They gave up the flat in Berlin, packed their stuff, Franz packed his beloved guitar, and off they went to Hamburg, and, so i thought, to the statees. I remained in Berlin doing this and that and making music as well. One day, whilst sitting on the number 19 bus on Yorckstrasse, i saw Franz walking on the street, arm in arm with his girlfriend. I was flabbergasted. I thought for a while that maybe i had been wrong but i was not. My emotions were all over the place and i was in a state of confustion, telling friends i had seen him. Two weeks later he called and here is the story:
His girlfriend had made the whole thing up, including the cancer, and he was back. In Hamburg she claimed day after day that the money would soon arrive and they would soon set sail for the USA. Franz eventually smashed his guitar by the harbour I believe in a fit of rage. This song became: 'Planet of the blue'. Of course '(I spent hours again) wishing you well' is about the bus journey, seeing him, and the following two weeks of emotion. 'House oef Love' has a slightly different story. Franz girlfriend worked in a, shall we say, 'questionable' etablissement for a while, previous to their 'leaving'. Franz told me about the fears he had at night and the visions of what she gets up to, the sleepless nights wondering. Hence 'House of Love' was written. 'Hearts' does not relate directly to any of the above mentioned ocurrences but is a tale of a forlorn girl who doesn't see how magical she is, and how magical life is and the person singing the song is wishes her the best life has to offer and tells her that nothing is ever wasted. We have about five more of our many songs that would make a great 'More ambient Tales'. Maybe if i ever raise a modest recording budget i will record them. Why was the girlfriend a mentalist? My guess is she wanted him back for herself and found an 'interesting' way to attempt it. What happened to the 'Idiot Cards'? We did go to London, the boys went back to Berlin, I stayed and placed the famous ad in the Melody Maker: "Soul rebel seeks musicians. Genius only" (Which the press later changed to "Soul rebel seeks genius). Electribe 101 was born. After Electribe's demise i met up with the Grid and gave them a copy of the demos. Not only did they understand these rather strange indie band arrangements and vocals, but they (together with their pre-production team) created the beautiful music that became 'Four ambient tales'.

Originally released on R&S Records in 1993 and now finally available again. Remastered and now featuring the 4 instrumental mixes from the original vinyl release, this impossible to find classic Billie Ray Martin ambient vocal record is finally available again in its full old school ambient, enoesque glory.
David Lynch meets Aretha some say - but even this does not describe the unique beauty of this truly individual work of art.