Hollywood Under The Knife + Hollywood Cuts (The Remixes) 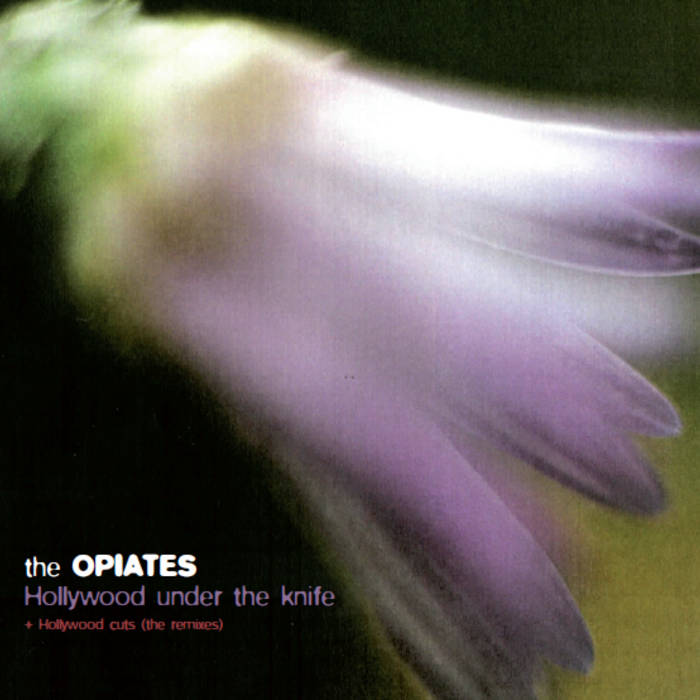 Love the original track but this remix really is something else. Favorite track: Reality TV (Drop Out Orchestra Remix).

The Remixes were the greatest gift. It's like being showered with love and support from friends and friends to be. I worked closely with some of the remixers, the ones who wanted my advise about the sound of the mix or elements of it. Some just delivered and it was great. Each and every remixer was approached by me personally and the results to me are more than i could have hoped for.
The Opiates is the latest project from the "queen of electronic soul" Billie Ray Martin, best known for her work in Electribe 101 and the worldwide solo number one hit "Your Loving Arms", together with Norwegian musician Robert Solheim, The Opiates, who have been dubbed as 'The Carpenters of Electro' released their album 'Hollywood Under The Knife' in October 2011 with massive support from DJs, press and blogs alike. Each song on the album talks about another tortured diva, Hollywood actress, failed star... in search of identity, gender and a life beyond isolation. Eight amazing music videos and a UK tour, including a gig at HMV Oxford Street played their part in gaining The Opiates a growing fan community. After the remarkable success of the album, including many 'album of the year' entries in major publications, The Opiates are now releasing this impressive selection of remixes, by some of the coolest producers around. From Aerea Negrot and Kim Ann Foxman of Hercules and Love Affair, to Doorly, Dan Beaumont and Disco Bloodbath plus Throbbing Gristle legends Chris & Cosey, this twenty track album was put together with one goal: to give the Opiates songs a new power and Billie a new voice. Each track was produced in close communication with The Opiates. The result is an album that doesn't shy away from displaying what genres like dubstep or drum and bass mixes can do with a classic vocal song. Another focus is the inclusion of an array of house mixes inspired by classic Chicago and New York vibes. The icing on the cake is the Drop Out Orchestra Disco Banger with its massive 80s style epic arrangement, which is already attracting the attention of many blogs and DJs. Another highlight is Young Richard and Hanatemari's mixes, recorded in Tokyo, using beats combined with traditional Japanese string instruments

produced and mixed by The Opiates
music by Robert Solheim
melodies/lyrics by Billie Ray Martin, except where noted
mastered by Chris von Rautenkranz at Soundgarden Hamburg

Our gratitude to the amazing people that have made these remixes and have given these songs a new voice and new power. Our dreams came true

Very special thanks to Michael Huber