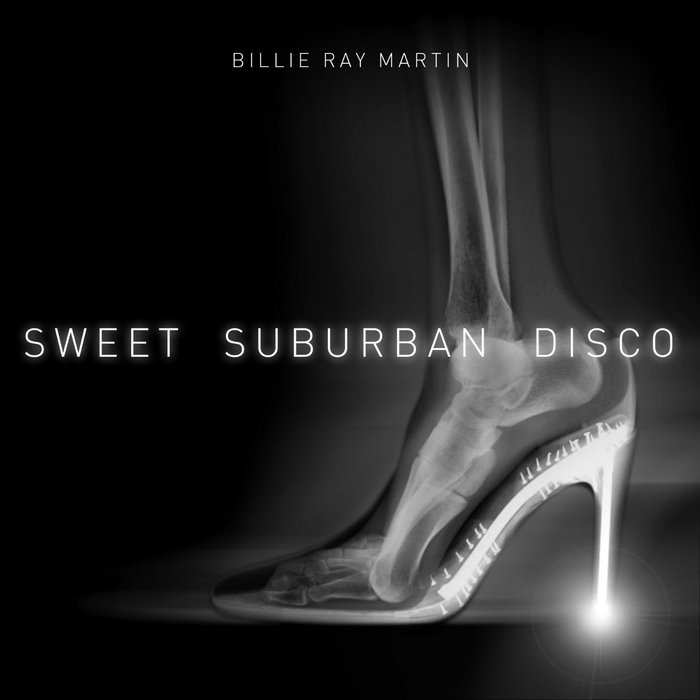 SSD was one of my songs that had been sitting around in demo form for ages, waiting for something to happen with it. I felt that the chorus melody was stong enough to make an effort to get this released and recorded properly. Also the sentiment of the song, the story of a woman who is lost, living in a small suburban town but wanting the big glittering life, believing that life holds all kinds of possibilities if she only goes to the local disco each day, held a thrill for me. It's almost like studio 54 in a small suburban town and believing that you can go far. Like a "Saturday Night Fever' for the british suburbs...or something.
or i could tell it this way:
I wrote this song years before it came out. Someone sent me a demo, i wrote the song and it just sat there. Now and then I would try various lyrical changes and demos were done, but not finished. Eventually I hooked up with Mike Vamp in Berlin and we had a go. By then I had changed the lyrics around to their final version. A tale of a would-be disco queen, who thinks that, if she only goes to the local disco each night, pretending it's Studio 54, she will feel validated and her life will lead her some place. So i guess it's a 'Saturday Night Fever' for suburbia. That's it really. Seemed like a good idea to do. The chorus of "neonlights in the summer rain' is my favourite bit in the song.
Here's more:

Billie Ray Martin’s long awaited follow-up to her 2008 international club hit “Undisco Me' is finally released. Reinventing Italo Disco was the goal, but with a unique sound. Billie and co-producer Mike Vamp of Maertini Broes deliver an almost laid back yet dancefloor-bound pop fest.

Angst on the Suburban Dancefloor is the theme, as only Billie Ray Martin, 'the Nico of the rave generation', as one magazine called her, can deliver it.

Enhanced by mixes from Yazoo maestro Vince Clarke and Horse Meat Disco giant Severino, as well as mixes by Luke Solomon and Ray Grant, this package delivers the BRM goodies once again.

This is the first in a string of releases for Billie Ray Martin in 2011, which will include a collaboration with darlings of the underground Hard Ton and the long awaited album by The Opiates.