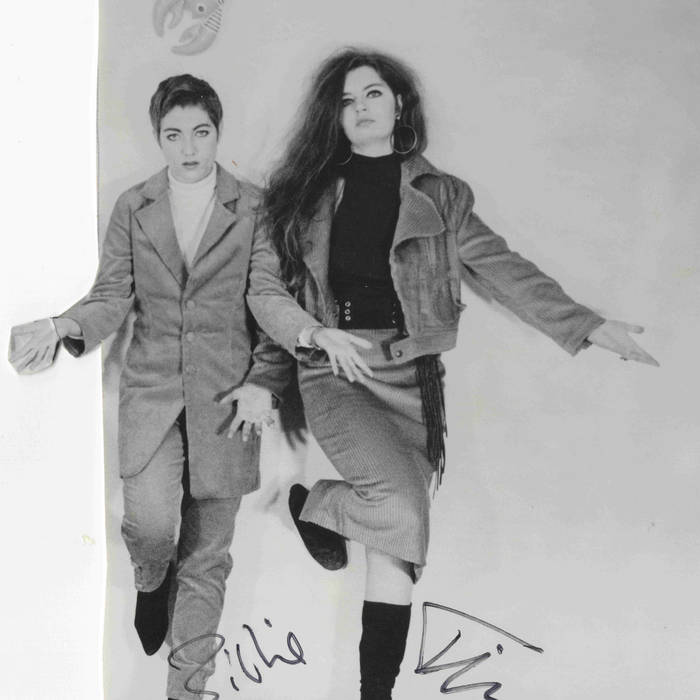 Billie and the Deep live at KOB, Berlin.
Date of concert: March 86
Spex Magazin reports on the show on the 3rd March 86.

About this recording.
This is an archive recording. A cassette walkman recording to be precise, so it won’t be perfect. But it’s remarkably good.
The song entitled ‘Intro’ wobbles in a couple of places (bandsalat as we say in Germany), but only this song.
On ‘Walk on By’ the vocals are still not loud enough but towards the middle of the song they find their places and stay nice and loud throughout. ‘Build our allows high’ and ‘Big Tears of Laughter’ have got the front missing. Otherwise it’s all go go!
Mastered by Steve Honest at Hackney Road Studios.
Digitised by Philip Marshall at Tapeworm.


The story of my first success with the band Billie and the Deep is a powerful memory for me. I was in Berlin, the year was...let's see, 1984 (I think) i formed one of the many bands i experimented with, trying different variations of 60's soul and the american garage style of the 60’s. I had been a guest vocalist with the Subtones around the same time, who were enjoying considerable success in Germany with their 60's revival sound but my mind was set on forming a modern day revivalist Supremes or Martha Reeves and the Vandellas style group. I met the bassplayer Guenther and he brought in a friend (Juergen) on drums and we all knew Gerd (so he initially played guitar). AND I HAD to find two backing vocalist. Enter Bettina Allamoda who had responded to my ad in local Tip magazine. Her look: somewhat Dolly Parton’esque with long, dark brown hair. As an audition song she brought 'Midnight train to Georgia' and thus she stepped into my flat in Berlin Schoeneberg. She had not yet sat down when i knew: Whether she could sing or not, she was hired. She could. We became best friends instantly. We went through different backing vocalist to find the perfect third person to join us. The one we finally found was Ramona Haven (sadly there is no photograph of her) and it is her you can hear on this recording, alongside Tina. The lower voice is Tina, the higher one Ramona. The band were an assortment of friends, friends of friends, and people who had responded to ads. Details further down in this text. We had performed one sold out show at a university only at that point, and had been surprised at the more than enthusiastic responses both from the audience and the press. From that point on: No matter what we did, the local press (and soon even the German Spex mag) enthused in the most glowing terms. When we arrived at KOB for our second ever show, it was packed, and queues of people who couldn't get it stood outside. People were already hollering and whilstling and generall having a great time while we were getting dressed in our 60's attire, consisting at that point, of orange cordroy suits; matching of course.
Generally, Ramona would sew the girls outfits whenever we weren’t found in vintage stores buying sequinned mini-dresses.
The girls had spent weeks in front of a mirror at Tina’s flat, choreorgaphing something resembling the Supremes on acid. Tina Turner however, was the great inspiration we modelled everything on. Her dancing, to this day, in unsurpassed, underrated and groundbreaking, so is her choreography and styling, so it was her energy and breathtaking style we looked towards mostly. It was truly a manic dance routine to each song. It’s a shame there is no footage. It was ‘utterly mental’ and I’m surprised any voices came out of us, with all the manic dancing and waving our arms about.

The show was one of the most unbelievable experiences i ever had. You can hear the audience shouting out names and applauding, whistling. They seemed to find it most funny to shout out the girls names in different ways and then laughing their heads off about it. Some threw a bunch of plastic flowers at me and I’d duck, much to the delight of the throwers. I kept the flowers for 20 years. You can hear hollers of ‘Billie!!’, and then some funny voice shouting: ‘Tinaaa!’ at various times in the show, and you can hear the laughter from the audience as well as myself onstage.

Why had the news spread like this? God knows. Headlines were: ‘Billie and the Deep clean up’, and similar raves were published by other papers and magazines. One paper reported on me being ‘white as a wall but sounding as black as 3 buckets of coal’. This is cute, but struck me as unusual as my singing idols at that time were Julie Driscoll and Bobbie Gentry and I was simply singing what was coming out of me, not trying to sound ‘black’. I had not developed my true sound yet, which is apparent from this recording. My voice simply did not have the debth yet that I later achieved, and now have, which is a warmer, richer sound, and using more phrasing. Funny thing is, one of the papers reports that ‘Billie does not need to bother to engage in the usual elaborate soul type phrasing usually entertained by singers in this genre of music’. Funny thing was, I didn’t know how to…i just wanted to get the message out. I guess I succeeded.

Tina and myself collaborated writing lyrics on a few of the songs, such as ‘Walk on by’ and ‘Trucking’. We had fun sitting and writing the lyrics, as we shared the same idols and ideas.There are cover versions of ‘I Idolize you’ by Ike and Tina Turner, ‘No escape’ by the Seeds, and ‘Be forwarned’, a late 60’s cult record.
What most of you will find interesting is the fact that a lot of songs, that later became my key songs, can be found here in their first versions.
Dealine of my memories, Pick up the Pace (Here entitled: Pick it up), Big tears and Make up (here entitled Big Tears of Laughter) and even the lyric: ‘Sometimes the way you act makes me wonder, if I could be part of the things you do’ (Heartbeat Misery), from ‘you know which’ song, all make an early appearance. Which now makes me think…. maybe I have a ‘vision’ like I claim in the song of the same name.

Listening to this recording I realise how much of a vision I really had and how urgent it was for me to let it be heard by people. I have developed respect, since I’ve listened to this recording again, for my efforts to share my thoughts with the world, a respect I must have had at the time, but which got lost in the maze of music industry buillshit, hurt and pain I’ve had to deal with in years to come after this event. I also have love and respect for the band members, but more about this below.

We did a few more gigs but then broke up as I joined my duo the Idiot Cards. At that point there were too many new people in the group all wanting shares, input, egos...... The feeling was no longer positive. As unfortunate as the short lifespan of the group may seem, maybe it was not meant to last longer.
There was also some pressure on me from the owners of Hansa Studios to sing exclusively with the Idiot Cards and leave Billie and the Deep, something i refused to do , but the discussion of which created a further rift in The Deep.

I also feel warm feelings for the members of the group, who, as I can now appreciate even more, with so much distance between us, excelled at what they did, all for the good of this one group. What a bass and basslines!!! Drums more powerful and faster than a Duracell Rabbit (Juergen had spent nights alone in the rehearsal room practising and practising), great 60’s keyboards, and the girls……..i can hear the love puring out of every line. Thank you Tina and Ramona. We had fun. As I write this I’m looking forward to seeing Tina on her birthday this Saturday, so I guess some things last in life.
The three brass players, who had only joined the group shortly before the gig, created something fierce and furious, and needless to say, they moved in unison onstage, which added greatly to the whole experience.

And the compositions? Some of them moved me to tears, listening now. Not only the lyrics, which in places are hard hitting for a young girl. It seems almost like a shouting out of all my problems, urging them to go elsewhere and asking for a better understanding of my role here. But also I feel gratitude for the help of the band members in writing the music. It was them who would start playing in the rehearsal room in Kreuzberg in the months preceding the gig, allowing me to come up with my first song ideas. It was them who started it all for me. Some of my words really do sound like first naïve attempts, but other songs, like ‘Pick it up’ and ‘Heatbeat Misery’ are pretty hardcore lyrically.

Billie and the Deep:
Billie Ray Martin – vocals
Bettina Allamoda – backing vocals
Ramona Haven -backing vocals
Guenther Auerhammer – bass
Juergen kratzer – drums
Marcus Meyer - keyboards
Guitar - initially gerd Krueger but on this recording the guest guitarrist is a girl called Susanne ( I do not know her last name, and I guess it figures, since she didn’t bother speaking to me and the girls as a rule, when she was brought into the group, other than announcing that she had no intention of wearing skirts or dresses, let alone sequins. Well, child, your loss.)
I do not remember the names of the 3 brass players. (shameful really…sorry). I will update the names when I can get the info.
And I will update this description a bit more at a later stage with more thoughts, info etc.