Heading for the Night - The Frankie Knuckles Mixes 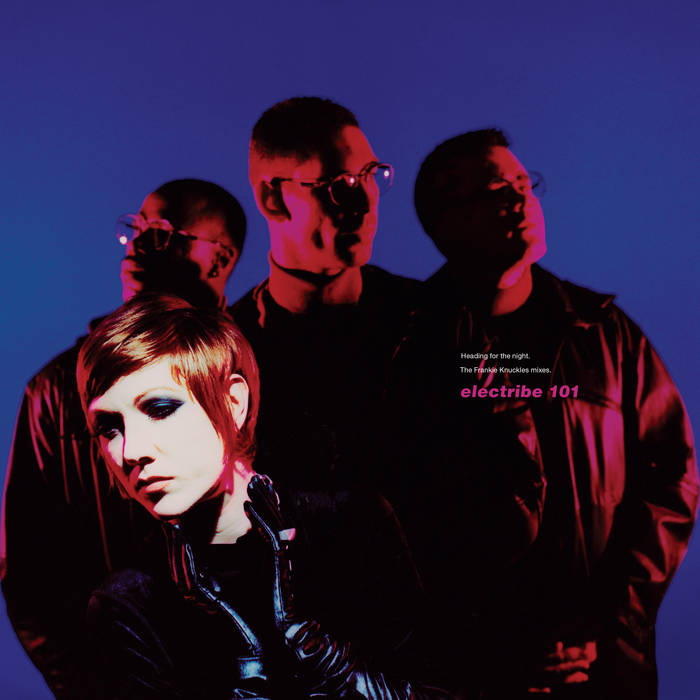 Vinyl and CD are also available at www.billieraymartin.com

Electribe 101 met after I had put an ad in the Melody Maker in 1988:
Soul rebel seeks musicians – genius only.
Enter four guys from Brum who came to meet me in London. Brian called me again a week later to tell me that I could come to their studio in Birmingham to try some music if I wanted to. A studio… I was sold. I brought with me three songs, one of which were melody and lyrics to Talking with Myself, as well as a copy of Julian Jonah’s ‘Jealousy and Lies’ and told the guys that I’d heard the future and this is what I wanted to do. I had heard Julian’s track and the WAG Club and I still remember the moment I stopped my shimmying and just stood there, staring, then turning on my heels and going straight to the DJ asking what the record was.
The guys had already experimented with some more dance orientated tracks and were instantly sold on the idea. The rest as they say…

We needed an album after ‘Talking with Myself’ and ‘Tell me when the Fever Ended’ had been hits. Because we weren’t yet used to writing together we tried different ways and I brought in a few of songs I had already written with others, and others we wrote from scratch.
Heading for the night is one of those songs.
The guys had developed the music and I wrote and sang my lyrics straight onto the track, without making any arrangement changes. Recording and mixing took place, if I remember correctly, partly in Birmingham and partly at Olympic studios. I don’t know which of the vocal performances we used in the end but it might have been the Olympic one.

Frankie Knuckles had already done such an incredible job with ‘Talking with Myself’ and he was so smitten with ‘Heading for the Night’ and enjoyed mixing it so much that he did seven mixes, each one brilliant and soulful in their own way. His effortless and perfect vocal production while serving a more danceable version of the song makes this another Frankie Knuckles masterpiece.

The mixes were completed by Frankie on August 7, 1990. 'Heading' was considered for single release by Phonogram. It was probably a straight choice between 'Heading' and 'Inside Out' [for Phonogram]. No promo vinyl or CD was made. Phonogram might have released it had 'Inside Out' been more successful. Frankie also asked Phonogram to let him remix ''Diamond Dove'' - they refused.


Finally we are able to give it it’s worthy place in his and our legacy.

In loving memory of Frankie Knuckles and Roberto Cimarosti